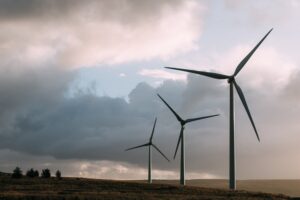 HB 1110 and SB 5412 clean transportation fuels, disappointedly stalled for the second year in the Senate transportation committee. The groups opposed to the bill were well strategized and timed their opposition for maximize effect. If we need to support this bill it will take strong support and organization
HB2472  controlling methane leaks from pipelines etc. There is funding for the Governors Directive in the budget
SB5947 Establishing the sustainable farms and fields grant program passed with bi-partisan support and funded $690K for grants

On May 7th. 2019 Gov. Jay Inslee signed an unprecedented suite of clean energy legislation into law, ushering in aggressive timelines for decarbonizing Washington’s economy and transforming the state’s energy. Together, these measures represent the greatest step Washington has ever taken toward reducing greenhouse gas emissions.

SB 5116 Establishes the clean energy transformation act. Addresses the elimination of coal-fired electricity and the transition of the state’s electricity supply to one hundred percent carbon neutral by 2030. Prime sponsor, Sen. Carlyle, passed the Senate 28-19, House 56-42.

HB 1257 Increases energy efficiency of buildings and the use of renewable fuels that reduce the amount of greenhouse gas emissions. Rep. Doglio prime sponsor. Passed the House 55-37, Senate 25-23.

Bringing the Quaker voice, guided by testimonies and spiritual devotion, to the formation of public policy in Washington state.